I have had my 27″ late 2012 iMac since I purchased it at the Apple Store inside the Providence Place Mall in Providence, RI in 2012.  I loved working on this machine since the day that I bought it.  But as time went by, as with most computers, it started to slow down.  I had actually gotten to the point about two years ago when it was next to impossible to work on.  It would take about 10 minutes for my iMac to just boot up and at least two minutes for programs such as Safari to just open.  Forget about trying to opening and using any programs such as Final Cut.or Motion, it would make you want to throw the machine out into the street.

I had tried on several occasions to fix the problem, searching YouTube and the web for answers.  Most solutions that I saw were to wipe the computer clean, increase the RAM or reboot and hold down the alt+ctrl+X+P+H+XYZ buttons… nothing worked.

I have already wiped the hard drive several times, increased the RAM to 32 GB and have held down every conceivable key combination or reboot you could think of, nothing worked, until last week.  I had given up hope and was in the process of pricing out a new iMac and cringing at the almost $2,000 cost when I came across a video on YouTube about having problems with slow reacting late 2012 iMacs and how the problem was actually with the HHD drive itself.  According to the video, the HHD drive in the late 2012 27″ iMacs breakdown mechanically and this causes them to slow down.  I thought that this may be the problem that I am having.  While continuing to watch the video, they showed how to remove the old HHD drive and replace it with a new SSD drive.  They showed that after this task was completed, the iMac ran faster than it did when it was new.  They peaked my interest.

The problem was, if you know anything about trying to fix ANYTHING on an Apple product, it is two things, 1, VERY expensive, Mac parts (i.e. memory, harddrives) are almost 3 times as much are third-party products and 2, VERY difficult to fix on your own.  Apple products require special tools to even open up the cases and once you do open them, for the love of God you cannot figure out why they designed the product this way.

For me to replace the HHD drive in my iMac, I would have to remove the screen by breaking an adhesive seal that is used to hold it onto the chassis. then remove two ribbon connectors about half the width of my finger just to remove the screen.  For those that know me personally or have seen any of my videos on my YouTube Channel, you know that I have very shaky hands.  Knowing this, replacing my HHD drive was not an option. So I continued to follow the thread and came upon another option to save my 27″ late 2012 iMac and keep $2,000 in my pocket.

In this video, it shows that you can actually boot the machine off of an external SSD machine and get the same results as replacing the internal HHD.  This was something that I could do.  I continued to research this option and continued to find tutorials of how to do this project and what exactly I would need. 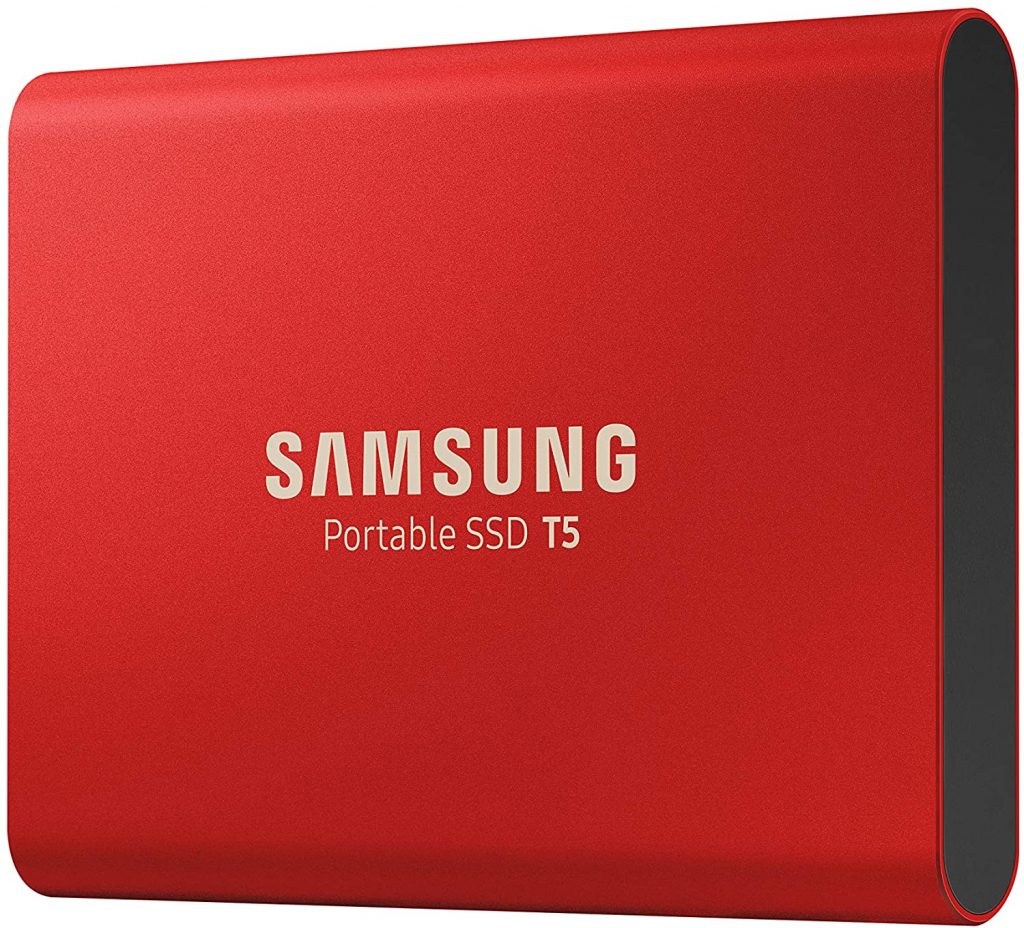 So I hopped on Amazon and ordered a 1TB Samsung T5 SSD (by the way, SSD stands for Solid State Drive.) for the price of $160, yes, $160!  I was not 100% sure this would work.  Why would Apple, who is famous for overpriced technology and sucking every possible dollar out of its customers (Mac owners, how many dongles do you own, I have 3 at $30+ each.) allow me to purchase something from another company for $160 that will make it so I do not have to plop down two grand for a new computer?

So when my package arrived from Amazon, I followed the instructions of formatting the SSD drive a certain way and then downloading the OS from the Apple Store for FREE, yes, Apple does not charge for their Operating Systems.  Then all I had to do is reboot the iMac and hold down the Command and R keys when I heard the startup dong…  That was it.  The operating system installed on the external SSD drive, the iMac rebooted again and I was amazed that when it booted again, I was setting up the operating system like it was a brand new iMac.

I still thought that I was going to have some problems, but nope, not one.  The great thing is that the internal HHD drive that the iMac originally booted from was still readable!  That is right.  All of the software Was still available and I am still able to save files to the internal HHD drive.  Keep in mind, not all of the old apps would still work, I had to re-download Photoshop CC, Lightworld CC and any other Adobe product.  Final Cut Pro X and Motion 5 still worked, but I re-downloaded them also to the new external SSD drive and they are much faster. Everything right now is working as though I have a brand new iMac.

I am still amazed that Apple allows this to happen, but I am not complaining.  I did a speedtest on the new and old drives, the new drive is reading 6 times faster than the internal drive, which will explain why the video that I rendered today in Final Cut Pro today took about 5 minutes to complete, where last week it was almost a half hour before the computer froze and I had to do a hard reboot.

Like I said, I am extremely happy that I took a chance on this project.  It was not that difficult to do and took a little over an hour to totally complete which is much less time that it would have taken me to drive to Providence, but the new iMac and then drive back home and set it up.  I guess this is another reason why I love using my 27″ late 2012 iMac!

Thanks for reading everyone.  I truly appreciate you taking the time to read this post.  If you want to see the video of me actually setting up the SSD to use as a bootable drive, Click Here to visit my YouTube channel.  Again, thanks for stopping by.